As part of a refurbishment of this Coatbridge Church we were brought in to specify and install a new suspended ceiling to replace the old and outdated previously fitted ceiling. The client wanted highest qualities from the tile as possible whilst committing a slightly smaller budget. As we are an approved installer of Rockfon products we specified 'Rockfon Artic A' tiles installed into 'Rockfon System T24' suspended ceiling grid & Rockfon wall trim. Artic is a good entry price tile with mid range qualities and strong acoustic qualities which suited this job well. As well as acoustic qualities, this tile also possesses a class A1 fire rating which when installed in the grid we installed, gives a 30 minute fire rating. The tiles were clipped into place to ensure at no point could there be any chance of the vacuum from a door being slammed or a gust of wind passing through popping any tiles up, which then would give a chance of them falling. We fitted the ceiling to follow the existing roof line and continue the original design of the room and ensured that the ceiling in the main area lined through exactly with the ceiling above the altar. All work was carried out in under 8 days with scissor lifts being used by our IPAF qualified tradesmen. Once this ceiling was installed it completely changed the acoustics of the room, it still had the long reverberation you would expect from a large and high area that is a church hall, but was somewhat muffled & dampened due to the sound absorption qualities of the tiles. 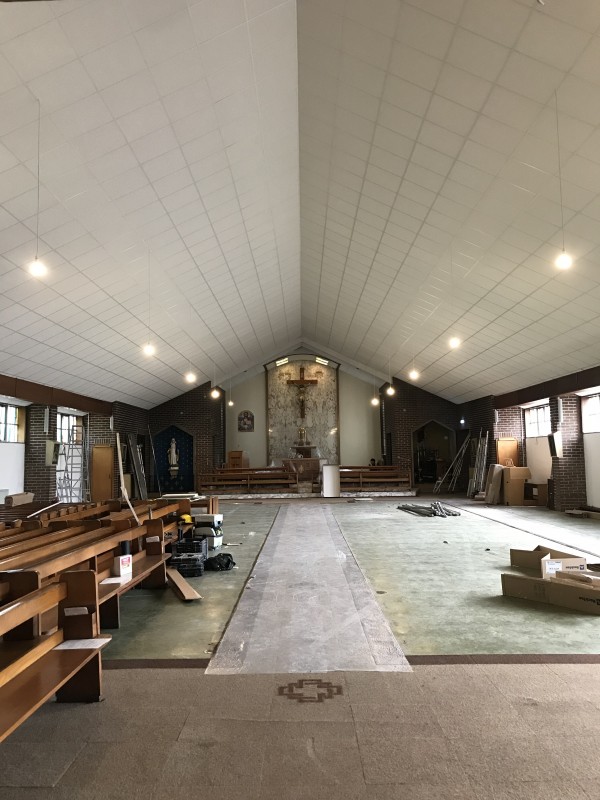 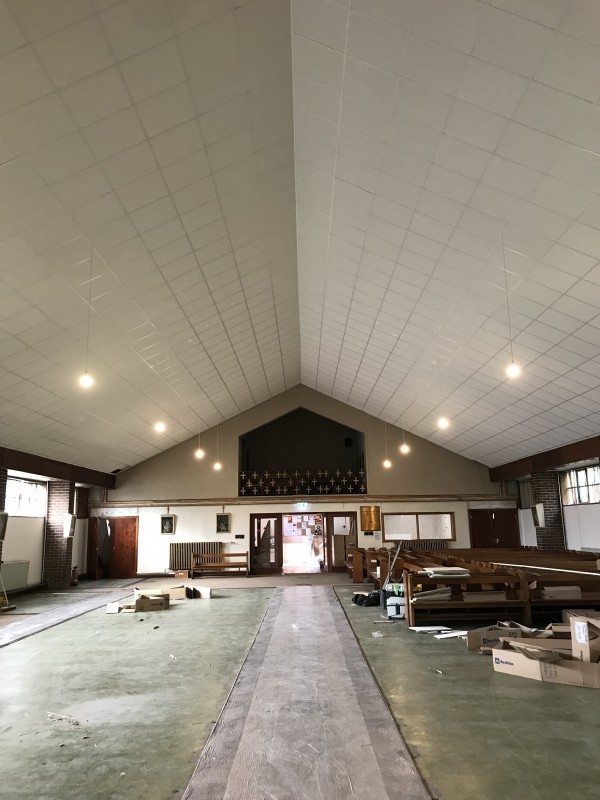 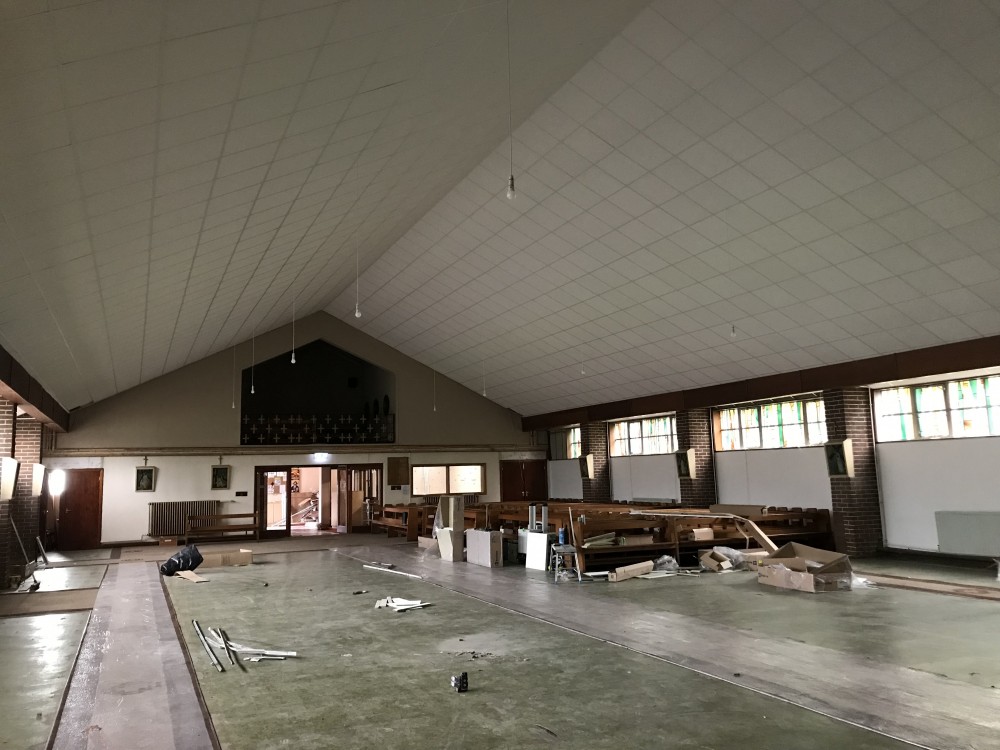 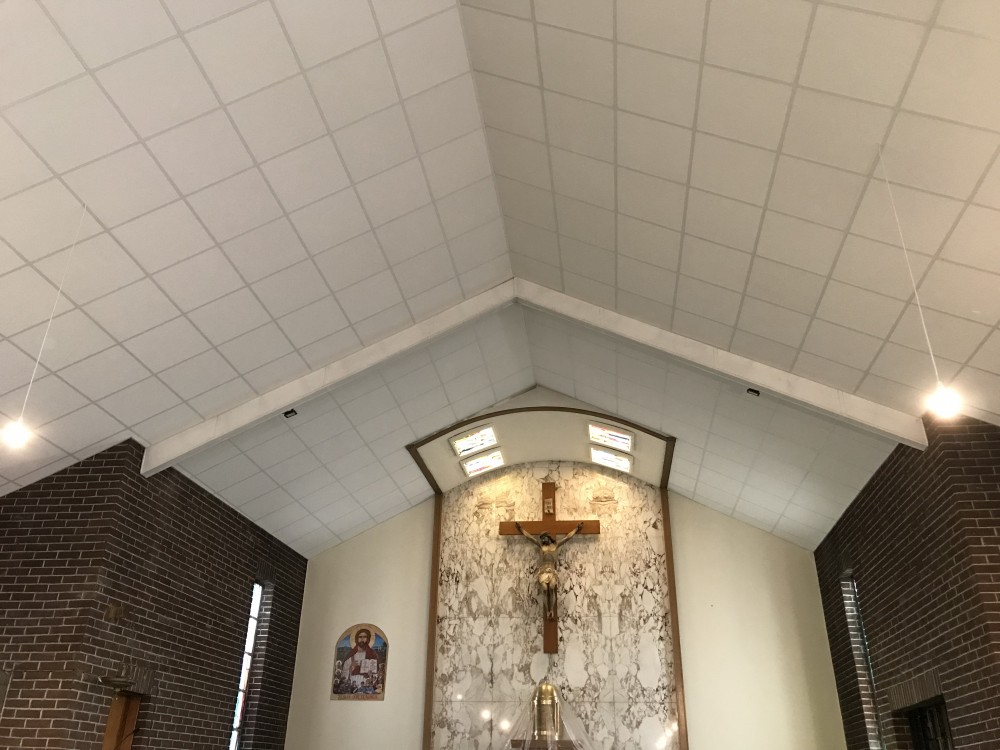 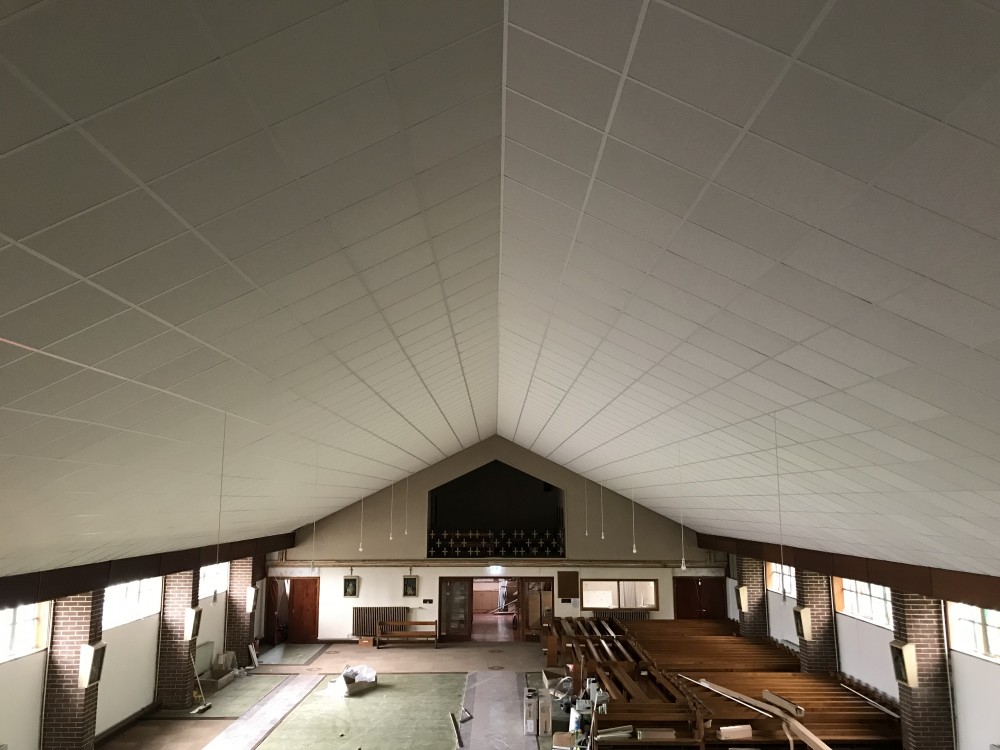