We fitted a suspended ceiling with a sloping upstand into a flat ceiling to divide the seating areas and the dance floor in the British Legion Club in Dunbar. This was fitted with Rockfon Artic A24 suspended ceiling tiles due to their acoustic qualities. 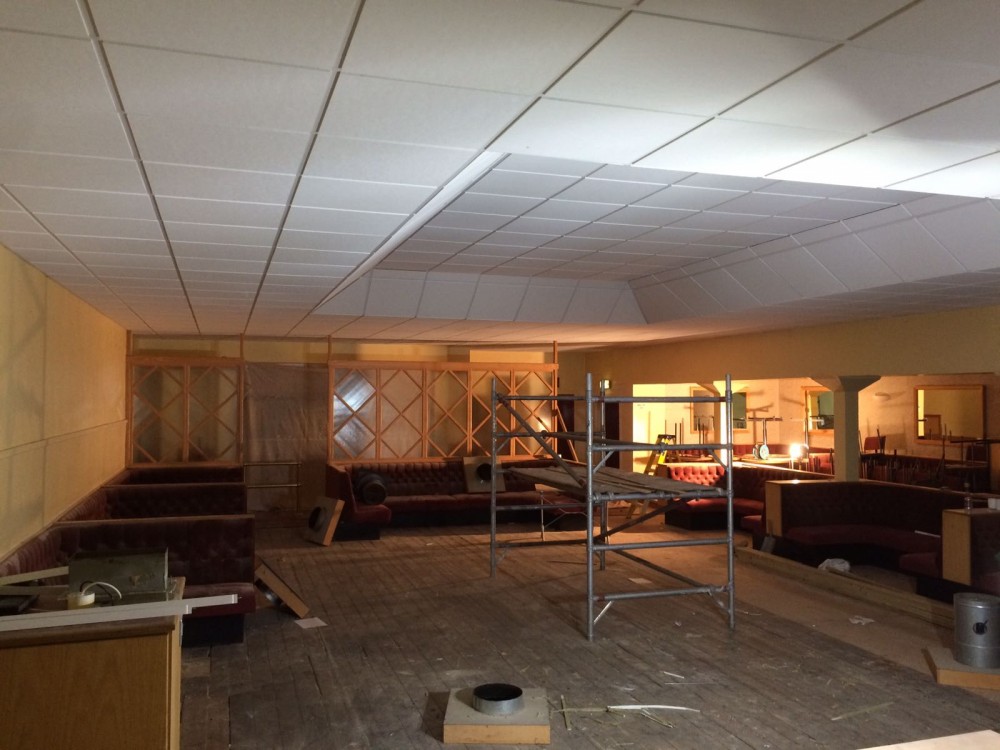 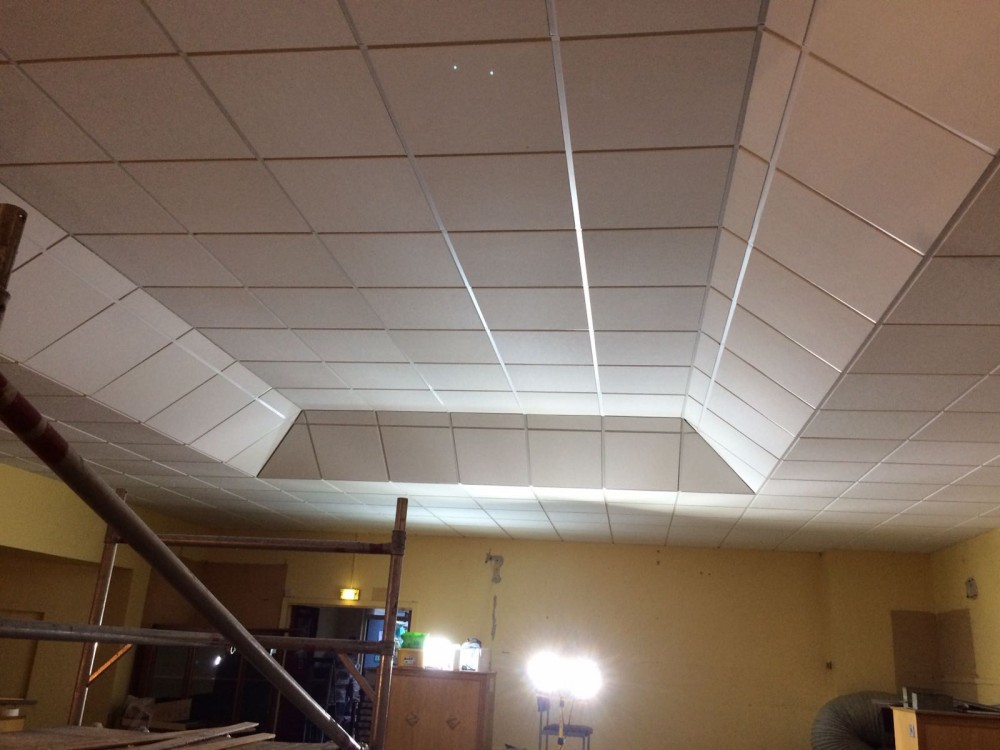 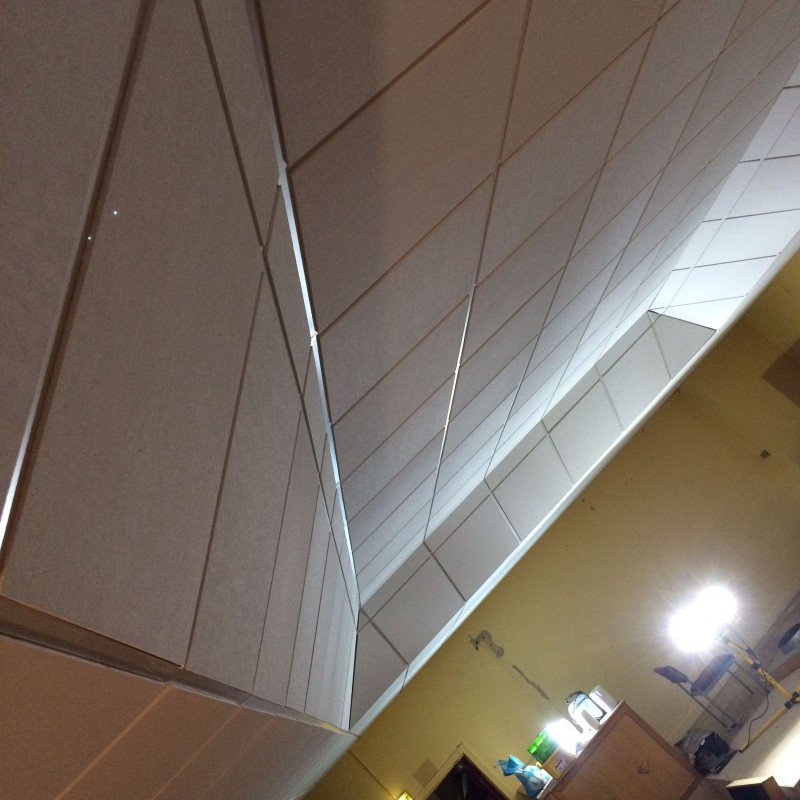